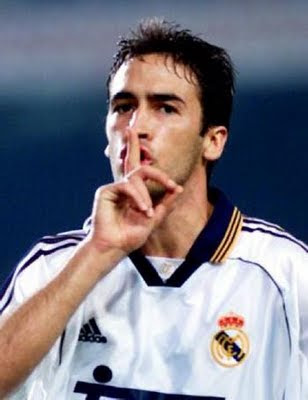 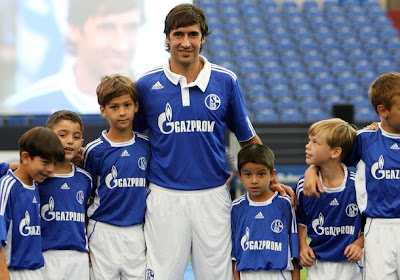 That at 32 years of age there are several much better strikers than Raul, club and country, doesn't make him a bad player.

The previous seasons when he was relative healthy and unlike now actually started games Raul proved that he is still a really good goalscorer netting 20+ in both of those seasons.

This season however he has only started 8 games in La Liga and there are even rumors he'll be leaving Real Madrid at the end of the season. On the one hand if he feels he still has something to offer (and my ranking would suggest so!) I can understand if he wants to go somewhere he can get more playing time, but of course on the other hand anything than having this unique (especially post-Bosman) undisputed legend/champion/symbol finish his career at the club where he since the age of 17 earned that status, just seems wrong.

Raul still has that will to win and technique that for years made him one of the best in the world but the pace that is so needed to go along with that is if not lost then definitely diminished.
He'll still work hard off the ball in the attacking midfield area but with the ball these days he doesn't have the pace to be an effective player there and even though his team work is as great as always he's never been what you would call a great creative player when removed from his striker position, which several coaches did over the years.
No these days once and for all his effectiveness has been reduced to the box area and even there with less pace, individually he just can't create like he used to (for an example his own shot so to speak) and is much more dependent of the work of others compared to back when he was at his best.

Now that's not a disaster or anything, it's the reality for most players, strikers too, it just means that Raul at 32 years of age is far removed from the excellent level the likes of Higuain, Torres or David Villa currently are displaying.

Doesn't make him a bad player.