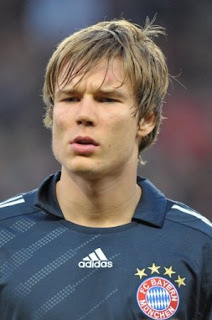 All-round talent was apparent right from the start. Badstuber seemingly has all the tools for a high level modern day defender but understandably the first couple of years where he was caught in limbo between centre and left-back saw some error-prone times.

The future definitely looks to be in the in centre where compared to the average he is both fast and skilled (at left-back not so much) which is very important at Bayern where his great start to the season (indicating he's taking the next step upwards and it's been coming) sees him debuting on the list.
Indsendt af Stefan kl. 18.35