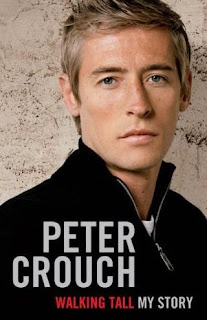 The 300 best players in the world

Here is what I commented about Crouch following the 2010/11 season:

I don't know if Crouch is even a positive for Spurs at this point.

Sure he will create some problems and the partnership with Van der Vaart resulted in a lot of goals (for VDV that is) but overall, for the team, with the talent that it has, you can't help feeling there would be more goals in other ways than over-relying on a really tall reasonably skilled guy up front who individually isn't much of a threat.

Becoming (if he isn't already) a liability.

Then in good news for Tottenham before the summer transfer window closed he moved to Stoke who in my opinion definitely overpaid for him (within their style the also expensive but much more athletic Jones who they added the season before can do better damage) even if at first glance he is a good fit with his height on a team heavily relying on winning the so called second-balls which there will be tons of when you're aiming for Crouch.

I won't categorically claim he'll be definitive negative for Stoke, but to remain on the list the amount of positive coming from him will have to surprise me.
Indsendt af Stefan kl. 17.31