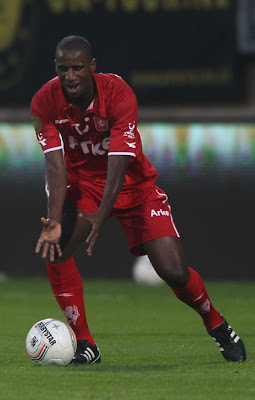 Playing in the Eredivisie, Douglas isn't the player I get to see the most. He has however by all accounts been one of the best defenders there for years now.

There is even talks about him replacing, Vertonghen at Ajax (who will likely be leaving) but while the Belgian is one of the best ball-playing defenders in the world, Douglas have weaknesses there.

I do have a sneaking suspicion I've ranked him too high. A very experienced proven solid Brazilian defender in Europe, Benfica captain Luisao, missed the list this time and then there are more up and comers like the impressive looking Miranda for Atletico Madrid and in Brazil itself, Dede (Vasco da Gama) considered the best centreback in Brazil with several big clubs currently aiming for his signature. I have a feeling all of those could be ahead of Douglas on the next list.
Indsendt af Stefan kl. 14.35