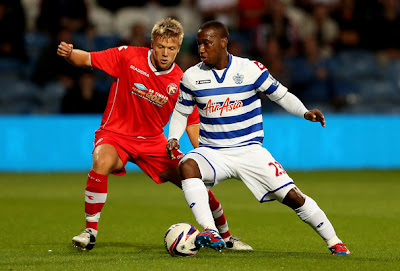 
This was definitely Junior Hoilett's big breakthrough season and in the last year of a contract at Blackburn he was free to move whereever the money was best, perhaps not surprisingly that turned out to be the Tony Fernandes and Mark Hughes run Queens Park Rangers who have been signing one player after another. 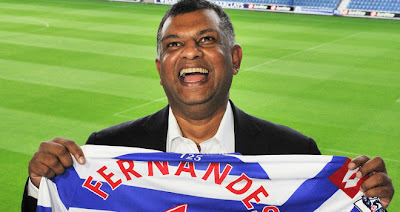 With a very nice looking mixture of speed, ball and body control the most impressive thing about Hoilett was his one-on-one ability.  No player in England averaged more successful dribbles per game last season than his 2.6.

He didn't lose the ball much either but I do think an argument can be made that at times, when a move elsewhere was given as soon as the season finished, he was making decisions on the field more for himself than the team. Playing too impress.

It's hard to predict what will happen at QPR. They have so many players. What I do know is that there is rarely anything inbetween when it comes to Mark Hughes tactically. It's either the kind of very attacking, not really structured football, making defensive balance very difficult to obtain, or it's overly defensive, standing very deep, making creating chances a serious challenge. Very rarely, if ever, do I remember any Mark Hughes team finding consistent balance over a season.

I have little doubt Hoilett can thrive in the all out attack version. He has also shown effective scoring technique but can he add tactical quality to what could turn out to be a true mess of a team or will he just add to the mess itself.