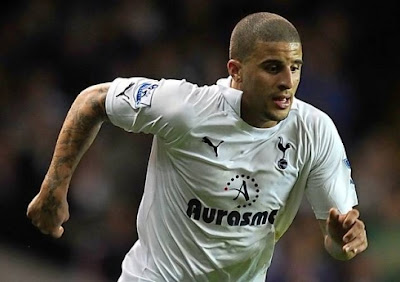 The peculiar 2011 choice as PFA Young Player of the Year, is nonetheless a very talented fullback.

He is a great athlete. Very fast, like a lot of fullbacks, great acceleration and what looks like real ability to maintain very high top speed for longer runs. He has a lot of power compared to many fullbacks and while his defending is plagued by (sometimes very bad) mistakes at least his physical tools helps his potential to at some point become a good defender.

So far in his career he is very reactive with his defending (more tackles than interceptions) where his athleticism can really bail him out, even make him look very impressive, but he is poor tactically and still reads the game too slow. In general I'm not sure about the level of his teamwork either.

Coming forward he has been a force to be reckoned with for a while with his engine, power and pace, I think he has good ball-control as well, while his passing is more erratic whenever we're moving beyond the keeping it simple short-passing game, possibly mostly because, again, he makes bad or wild decisions, taking too many chances. Hopefully it's just lack of experience, maybe lack of good tactical coaching so far during his career (that could change under Villas-Boas) rather than the signs of a player clearly lacking intelligence on the pitch.

When it comes to building play, his colleague on the left, Ekotto with his skillset, plays a much larger role at Tottenham, but there is no doubt Walker when we're talking further up the pitch with his pace can create his share of chances.
Indsendt af Stefan kl. 17.18