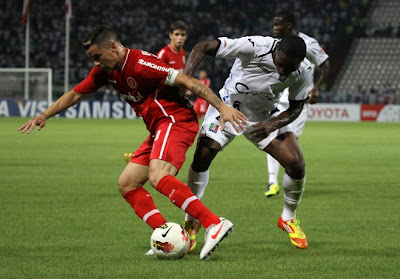 He is another South American based player I don't see a lot (actually a local channel here has just picked up some Brazilian football featuring a weekly game). Well at least not recently but especially for Victor Fernandez exciting mid-2000s Zaragoza team I remember him as a wonderful little player featuring dribbling, exquisite skills and low center of gravity, capable of changing direction and pace running with the ball, someone definitely with the quality to be ranked here, and since my impression is that he has been doing well recently, here he is at 30 years of age and a new 5 year contract at Internacional.
Indsendt af Stefan kl. 11.05