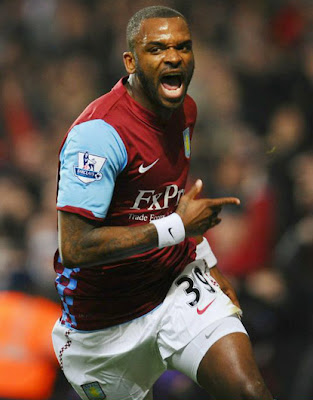 Bent has the physical tools to be a consistent goalscorer in the strongest league in the world. That fact alone makes it hard to exclude from the good company on this list.

He moves both fast and strong on his way to the good goalscoring chances that he is skilled in seeking out.

However he is also a pretty limited footballer. Zonalmarking's Michael Cox said this:

All in all then, I think this ranking, his lowest so far, is a better representation of his skill than the previous.
Indsendt af Stefan kl. 01.57