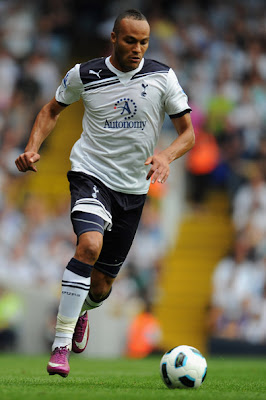 A solid jump up the list for Kaboul and if you consider his tools this feels more like his territory on the list after a long period of playing very well.

He was even very close to being elevated further, but I'm holding out somewhat, very interested in seeing just how good he will be defending under Villas-Boas which presumably will present different challenges than the more traditional English style deeper protecting the box and in possession less ball playing way of defending under Redknapp.

Kaboul of course, remarkably, seemingly has all the tools to succeed at both. In fact this could be his time to really shine and that would mean a very good ranking of course but let's see how he actually does, with and without the ball.

First time on the list for Kaboul after currently enjoying his best season and overall a longer period consistently at a high level.

He definitely has the talent to climb much higher and to have been included in earlier years as well.

He seemingly has all the tools that a modern centreback could dream of.
Very strong athlete overall. Big. Good in the air. Fast. Technically sound. Just needs to keep it all together and the only way surely is up.
Indsendt af Stefan kl. 04.20