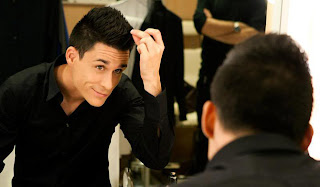 
Well, I'm not really decided one way or the other when it comes to this player currently, but I'm definitely apprehensive about excluding someone getting more and more playing time on what is clearly one of the strongest teams in the world.

It's funny though, because I don't think Callejon was seen as anything really special at Espanyol or for that matter did anything truly special, but while other players in similar situations in recent times, like Sergio Canales the much hyped Spanish wonderkid or the well respected and proven La Liga winger Pedro Leon, were both harshly kicked off the Madrid bench and found basically useless, not worthy of minutes at all, by Mourinho, Callejon of all people (with the help of some injuries of course) has been getting a good amount of playing time, not least in the Champions League where he rewarded the confidence being shown with some good performances, and just last week (at the time of writing), even started a crucial knockout game away is Russia playing CSKA.

Overall I see some good technique and skill. Some pace and perhaps most importantly some good off the ball movement expertly cutting in behind and between defenders from the right-wing, finding space, and he's used those abilities to take advantage of the luxury that is, being surrounded by a lot of excellent players.

The final question, and what will determine in large part his future rankings, is if he is really more than "just" a good useful roleplayer at the right time in the right place? I think it's a real possibility, and that alone is a good argument for his inclusion.
Indsendt af Stefan kl. 01.55