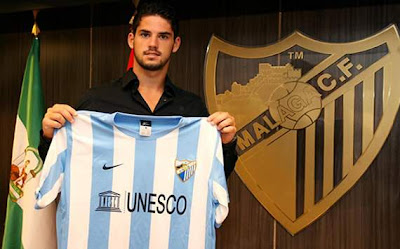 The 19 year old übertalent was purchased from Valencia for 20 million euros (rising to one million each of the first 5 years) before the season and has been flirting with putting all his exciting talent together ever since.

Isco has seemingly godly technique and will put that into both creative playmaking and audaciously taking on opponents one on one. Early days and all there is already enough jaw dropping moments of brilliant ability to make his inclusion a must I feel, but it's also still too messy at times with mistakes in the form of bad decision-making with the ball (though by comparison his team mate Seba Fernandez will make anyone look like a football genius) and perhaps also some lack of teamwork when it comes to defending, and of course Isco is just getting started, having accomplished little in his senior career so far, meaning I don't think that I can justify catapulting him too high up the list already.

One positive is that he looks like he has become a lot stronger recently making him an extra handful balance-wise when on the move.
Indsendt af Stefan kl. 11.29