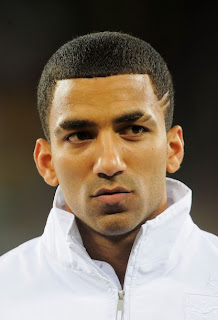 
Last season's drop was too drastic because I had inexplicably ranked him way too high in the first place (though to be fair Lennon has had some very good season's in the past).

This season for him, isn't as bad as last season, so therefore he doesn't drop as much! Make any sense?

Well he is still something of an old school winger, great pace with the ball at his feet, one on one ability, but just not involved (only 22 passes per game this season) in quite enough good things outside of that particular aspect to be a great player. The problem is when there are too many dry spells when it comes to even being a very good winger with little impact being made either dribbling, his 0.8 per game is not even top 5 at Spurs or crossing where he averages just 0.5 per game, areas where he should be at his best and have of course excelled in the past.

His age never fails to surprise you though. Right now he is at 24 years old having been around forever
Indsendt af Stefan kl. 11.16