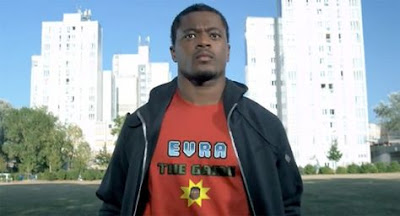 Maybe the best left-back in the world.

He has good control and passing ability. Great pace and stamina. Plenty of strength spiced up with lots of aggression.

He was very good going forward from day one arriving at United and that is still where his true strength lies. He will go up and down the line all game and occupy left-midfield, making numbers, be a constructive part of possession and helping his team as well as almost any other fullback.

Defensively he has steadily improved over the years to become a good defender and I think it's rare for an example that he is caught out of position. He is also a strong tackler but I don't think as good a one on one defender as for an example Ashley Cole. Not as comfortable as him either (but better than a lot of fullbacks) when doing more centre-back type of defending (ground and lot least air) whenever that's required in the box.

All in all, perhaps the best left-back in the world. But not quite on my list.
Indsendt af Stefan kl. 10.44