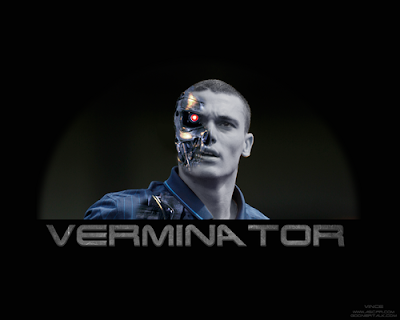 Vermaelen was finally back from the injury that ruined his 10/11 season but overall I think it's fair to say he struggled to re-discover the kind of form that made him into one of the best defenders in the league the previous years. In fact he was clearly overshadowed by not too long ago unfairly much criticized partner Koscielny, who this season was simply playing at a higher level, and when Arsenal also got their hands of a much needed third good centre-back, the German big Per Mertesacker (who I would say is getting closer and closer to the list), amidst unconvincing form Vermaelen then was also occasionally playing left-back where he isn't really at his best but where Arsenal were desperate.

Vermaelen is a very aggressive modern dynamic defender who will not hesitate to push up and confidently take 1v1 duels defending open space behind him and in general, like discussed below in some of the old stuff, explore an ambitious defensive range. He has the strength, pace and instincts to pull if off the majority of the time as well and is definitely one of the more established high-line defenders, leaders really, in football who excel in his 1v1 actions and has the much needed mobility to cover lots of space.

It's difficult to say if he is as good defending deeper in and around the box. I don't think he was last season, defending anywhere really and would looks disoriented, sometimes just off-the pace and in general just weaker physically, but in top form I do seem to remember him as a pretty strong man-marker as well who can definitely hold his ground make stops and clearances.

On that note, without giving it conclusive meaning or anything since all sorts of factors play in, his clearances did fall from 7.1 per game during 09/10 to 4.1 last season.

Vermaelen of course is also very good with the ball and with his mobility and fine technique definitely one of the better defenders bringing the ball out of defense and in general being a constructive contributor when playing possession football.

If we see a rebound season from Vermaelen, which  I sort of expect can he avoid injuries, I think he will finally make a further jump up the list.

Vermaelen has unfortunately been out with injury for a while.

While I do think the new duo Squilacci and Koscielny have seen too much criticism, well at least Koscielny, I do think their play highlight, not just their lack of cleanup, but just how well Vermaelen was often succeeding in cleaning up the Arsenal-without the ball-defensive-mess.

Despite coming under scrutiny here Thomas Vermaelen has been one of the revelations of the season and perhaps the best defender in England since joining from Ajax.

Other than being an excellent defender he is also a complete player with good technical abilities that he can put to use starting possession. Something very important for a team with Arsenal's style.

He is strong in the air whether it's defending someone like Peter Crouch or when he is in the opponent box on set pieces.

Man to man he is one of those defenders that can really outmaneuver opponents off the ball but he is even more impressive when almost expanding what's a normal central defender zone and commanding great areas with great effectiveness. He is a prime example of one of those defenders with a great defensive range.

Now at times that means we'll see stuff like what ZonalMarking points out in the article above but in at least some of those examples, there is already allowed too much space by poor positioning from other players and Vermaelen is the kind of defender with enough talent to try and save those situations. Overall that's not a bad thing as long as he isn't overestimating his ability resulting in a negative success rate. See Cannavaro these days. As long as it doesn't become negative gambling it's great to have a defender like that. The real problem is if there is a consistent lack of good team defending, whether pressing or covering, then even a defender as good as Vermaelen will get to "look bad" at times. But at least Arsenal, in all honesty a bad team when not in possession, with Vermaelen has a defender good enough to at least try, and often succeeding cleaning up the mess.
Indsendt af Stefan kl. 02.36