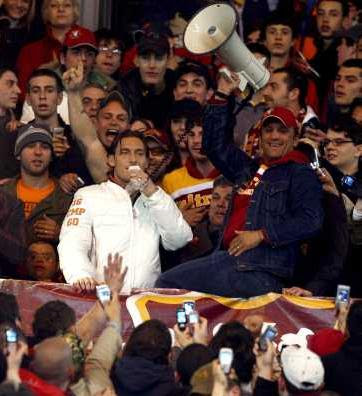 For many years one of the best players in the world but now at age 33 that's not quite the glowing truth anymore.

The genius of the living Roma legend still lives strongly on though and each season he scores and creates plenty of goals.

He has outstanding technical ability and unique vision, whether it's for goal or for teammates.

Moreso than ever, currently most of his work using those remaining strengths is centered in and around the box. His movement (though still smart) and especially work-rate has declined but fortunately if that movement or (declining) pace cannot create space like it can for a lot of good strikers, his technique is so great that even in tight space close to people, as long as its close to the goal, he will be a serious threat. 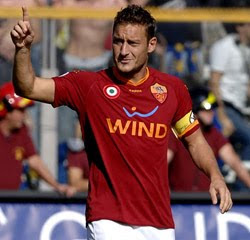 Totti just isn't playing well and there seems to eternities between his good displays currently.

I won't write him off completely just yet but I have no doubt that Roma currently are a better team when they play their other (the notable exception being Adriano) attacking options over Totti.
Indsendt af Stefan kl. 10.24