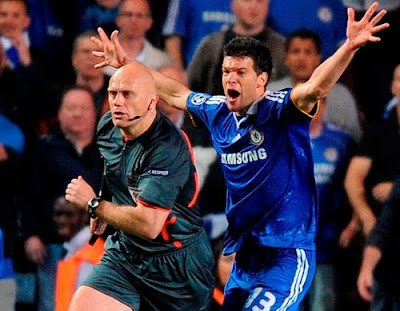 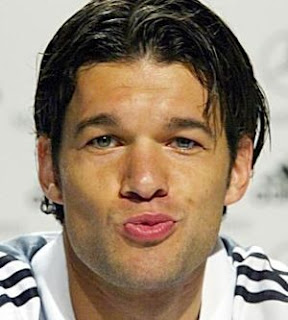 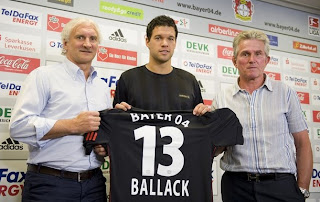 One of the best midfielders in the world for the last decade is back at Leverkusen where he got his big breakthrough more than 10 years ago.

Ballack even at his best was never flashy but as effective a player as almost any. His power, stamina combined with intelligence, considerable skills (passing, first touch as well as shooting) plus aerial ability made him able to excel anywhere from commanding play in central midfield to provide bundles of goals in the final third.

With great consistency that was all showcased time and time again in Germany. Whether for Leverkusen, Bayern or the Nationalmannschaft, Ballack was the unquestionable leader and mostly the best player too, and with a big ego to go along with all the ability he was in many ways yet another traditional almost imperious German football Kapitän. Just the way they seem to like them.

Then when Ballack moved to Chelsea as a 29 year old veteran much of the same was expected but never quite materialized itself with the same consistency. First of all there were injuries, second there were other midfielders so excellent that Ballack wasn't the talisman, more like a very good role player in fact, and that one of those midfielders Frank Lampard shared many of Ballack's characteristics while almost never missing a game, meant that Ballack for Chelsea never became the dominant midfielder everyone had grown used to.

It's interesting I think, that at least before physical decline really set in for Ballack, that Chelsea had perhaps the 3 most effective midfielders in the world at their disposal, Lampard, Essien and Ballack but in a classic case of there can only be so many chefs, some saw their roles reduced on a regular basis.

For Essien - at least when he wasn't totally wasted playing defender (ugh) - that wasn't a problem because even though the two-way ability has always been there clear as a bright day, he is of course as everyone knows superb and fully comfortable, indeed one of the very best defensive midfielders in the world, fully fine with being more selective with his powerful forward runs.

For Ballack however, at least in the early Chelsea days, still with so much to offer in and around the box, not being the key part of the attacking game that he always had been, must have been some adjustment.

Maybe you could even say that it was when the adjustment took place naturally, Ballack losing the power to be dominant at the highest level, that he was at his best for Chelsea. Providing the most value. With Essien desperately unlucky with injuries and Mikel with moments of liability never quite taking command of defensive midfield, it was Ballack who with good distribution and intelligent defending (and some attacking too at times) in a deeper role provided much needed consistency from there on the way to his first league title in England, enjoying what I thought was a very good season.

For the national team during World Cup qualification similar took place. Gone was the box to box goalscoring talisman and instead we saw a defensive controlling midfielder fulfilling his role very well. Particularly impressive was his performances in what I think counts as only two or three games in the last four years where I've seen Germany play defensive, the games against Hiddink's Russia, eeking out a couple of close victories.

Injury of course put a stop to that and with an even stronger defensive midfield emergence coming from younger countryman Bastian Schweinsteiger last season, performing brilliantly, it will be interesting if there is still room for the self proclaimed STILL captain on the German national team.

Even if different because the emergence of an actual German number 10 playmaker in Mesut Özil has made the old Ballack role sort of go away, there is of course even a new superb German two-way, box to box player really coming into his own in Sami Khedira (who I now would rank just inside the top 50 I think), so it's not like that position is anything near being a clear pathway back into the team for Ballack either.

At Leverkusen the early perhaps too ambitious signaled intent is not to put a straitjacket on Ballack and play him in his recent holding role but rather wish for the old Ballack being a key player, in attack as well.
There is no doubt Ballack is still skilled and strong but whether he still (maybe in the Bundesliga?) will have the engine for box to box play with real impact definitely remains to be seen.

Following the injury that meant he missed out on the World Cup, Ballack wasn't even getting started in his prolific return to Leverkusen before disaster struck again and a shin injury put him back on the sidelines, where he remained for the rest of 2010.

It will interesting to see what kind of form he'll be in when the Bundesliga returns from winter break.

Adding to the intrigue of it all, as noted in teammate Simon Rolfes profile, Leverkusen actually find themselves with a lot of options when it comes to central midfield:

Arturo Vidal has been excellent and 21 year old Stefan Reinartz who earned a Germany call up playing in Rolfes absence last season, continues to do well.

As if that's not enough, Leverkusen also have one of the talented Bender twins, Lars (Sven is starting for runaway Bundesliga leaders Dortmund), on their hands, not to mention the more attacking midfielders/wingers/forwards like the young Sidney Sam and Renato Augusto also starting to really make names of themselves, and just like the German national team attacking stars mentioned in the original writeup, inclining veteran coach Jupp Heynckes to limit the number of central midfielders.