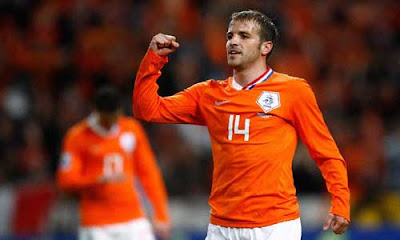 It's possible that he is ranked too low.

The tricky thing is that just ahead of him on the list are some players I know that I want to have him behind, but then a little further up there is especially one young similar player you could say to Van der Vaart (who compared to this player in many ways is been there done that) that I feel uneasy about ranking quite a few places above him.

And of course as this list goes, I then have little doubt that I want to rank that same young playmaker (who I'm not sure should be above VdV!) ahead of the same people I think Van der Vaart should be behind. Go figure! I know I have spent many hours on this list trying myself.

Well, with VdV we have another playmaker type of player on our hands but overall a more complete one than Misimovic who's game looks more like he belongs in the late 80s/early 90s battling for playmaking duties with the likes of Dragan Stojkovic or Gheorge Hagi than in the current game where everyone works for the team. Including of course without the ball.

Van der Vaart as everyone knows has excellent technique. In tight space in the final third his skillful work especially can stand out among his peers. Like for an example in slick passing combinations creating for others or with his delicate footwork apply the finishing touches himself.

The 2009/10 season for VdV at Madrid started like the previous, his first one, had finished.
Not with good prospects at starting many games at all, and even though countryman Sneijder had left the building, the club had signed Kaka as the according to plan fantastic upgrade.

Cristiano Ronaldo of course had also come to town occupying another of the now more and more elusive attacking spots.

As Kaka struggled both with form and health though, suddenly things were looking brighter for Van der Vaart and filling in behind Higuain he easily had his best performances for the royal club both creating and scoring goals.

Of course as it turned out it still wasn't quite going to happen for VdV at Madrid and even with Kaka still out, as soon as club legend (legendary bad influence could be the more accurate assessment) Guti showed some flash, he too started eating minutes of VdV's playing time.

Including in my mind the perplexing decision to start him in the Champions League round of 16 second leg knockout game against Lyon:

"Guti and Granero are starting for Madrid in the absence of Marcelo and Alonso.

I can see almost no argument for Guti starting over Van der Vaart. He has played good recently but so has VdV all season. He is an excellent passer but so is VdV. And VdV is better at everything else plus he doesn't have Guti's history, perhaps especially in Europe in recent years, of utter failure and dragging the team down with him. I guess it's hierarchy at play." 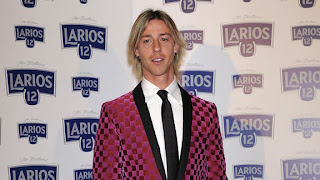 That was before the game and while not really trying make this about Guti, but researching this writeup a bit however I came across it and perhaps (perhaps not) it's a nice little specific piece of perspective on many of these placings.

Real had an excellent first half against Lyon who defended deep which didn't give Real much trouble at all. They played circles around them and created many chances. Most noteworthy as I'm sure everyone saw to Higuain who had several.

Guti from mostly a deeper role did well when he wasn't under pressure and the combination of that and the excellent players making runs in front of him could have resulted in more than 1-0.

Then in the second half Lyon basically moved the whole team up starting at the back four now with Toulalan playing there.

Guti had less time on the ball and the whole Real Madrid midfield got outworked and failed to perform (literally) under pressure. This tactic worked even better for Lyon than in the first leg where there probably still was a small edge to Madrid, at worst, but here almost from the start Lyon battled their way to clearly getting the better of things.

It was obvious that for Madrid, Xabi Alonso was severely missed.

And not to make Guti a scapegoat, he isn't gonna change after all these years of being Guti, but while being heavily praised by the commentators he did do some very dumb things.

There had already been some mistimed back heels in places where you just cannot afford to lose the ball and just before the goal, maybe born out of frustration from Lyon's effective pressure preventing him playing, from his midfield role he started chasing the ball all the way back to Lloris. To no avail of course and while he was praised once again by the commentator all I could think was now it's going to be a 4 against 4 or similar the other way with people on their heels left vulnerable.
So many goals are either that or set pieces and of course it gave Lyon all the opportunity they needed and they (not least Pjanic) took advantage brilliantly and created a good goal.

I won't claim VdV would have been great in that role. The fact that he is better defensively than the likes of Misimovic or Guti far from means he is great. But him and the large majority of this list, the more common the higher we get, unless you have amazing talent, does team work.

If without the ball and opponents having possession:

Defend position/zone whether through back tracking or pressing and work hard.

Not fail to defend because of either bad stamina or bad mentality, and if great stamina or great mentality is indeed in place then don't ruin it with poor discipline and compromise the defensive shape with hopeless pressure in the final third or even the goalkeeper (especially not if a defensive midfielder like Guti was - for forwards it should be said that it's different and at times simply the defensive contribution that's right there and available) or make dumb sliding tackles in midfield that a good amount of the time will only cause holes in your team's shape.

Then without the ball and your team having possession:

Have good movement (of course a lot of that will be whatever movement in accordance to team tactics and ability of teammates) and be a passing option or create space so that it's that others get the improved conditions to be.

Guti I feel throughout his career has been bad at all of these and even in his prime, despite his skills with the ball, my suspicion of him hurting the team more than helping it would probably have prevented him from ever getting a decent ranking.
There are of course other players on the list who are bad without the ball. Quite a few only defensively which is (still!) just a natural part of the game but I think a general trend on this list has been the worse you are without the ball the better you have to be with it. And the other way around too of course.

Anyway that may or may not have been the first complete sidetrack in a while.

In the meantime Real Madrid was out of the Champions League once again and for VdV as the season rolled on (and Madrid rolling in La Liga) neither being able to secure games in the attacking midfielder role, the more central midfielder role or Marcelo's sort of left-central midfielder role, meant that when it was all said and done he had started (and played for that matter) less games than in his debut season.

We shall see if it's more of the same next season. So far Kaka has been ruled out for months and Guti has taken his act to Turkey.

Not a bad start.

The possibility of getting Van der Vaart that cheap was just too good of a deal for Tottenham and Redknapp to pass up and it's working out rather nicely for both player and club.

Van der Vaart especially is relishing in his new working conditions where without restrictions almost he can do whatever he likes.

Fortunately for the club what he likes include as much playmaking as possible and VdV is creating both for himself and others with his great skills.

As noted here his arrival has come with new demands for the other midfielders and they have to be able to live with Van der Vaart when it comes to his passing and free movement.
That's not really a problem for technically gifted passers of the ball like Huddlestone and Modric. And it's also fortunate for the club, that in Modric they have a player who despite appearance and nice technical skills of his own, has not least the work-rate to play further back in central midfield too, now that Van der Vaart has taken over the 10.

A very nice bonus for Tottenham when it comes to the issue of playing with only one striker despite not truly having one very good at such, has been Van der Vaart's goalscoring when playing with especially Crouch who's down pouring garbage he's been taken advantage of expertly with intelligent movement and clinical finishing.
Indsendt af Stefan kl. 11.12