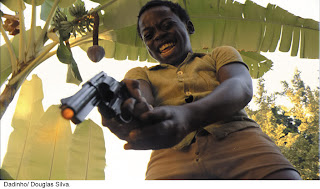 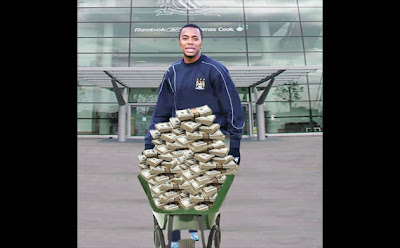 Easily one of the most talented attacking players in the world. So much so that it has taken quite the history of self destruction by him in order to not hold a (much) better ranking.

When he has the ball he is so good it's almost impossible to stop him from racking up the goals and assists over a season, but like similar immensely talented ball artists, Cassano and Ronaldinho, he always seems to walk a fine line between actually helping or hurting his team.

Without the ball he is very inconsistent but when his team is in possession at least, still nowhere near as bad as the older Ronaldinho (both curiously enough tagged by none other than Pele as cocaine users in one of the few interesting statements ever coming out of the great one's mouth), but defensively both for Real Madrid and Manchester City he has been consistently hopeless which just isn't good enough for someone often occupying a wing.

This like Cassano would suggest a more protected role behind a lone striker and in front of a defensive midfield would be better but Robinho perhaps doesn't have kind of 'fantasia' creativity in tight space central, especially when it comes to passing which has to be excellent to thrive there, and instead is better with space coming from out wide using his pace and his spectacular dribbling ability. Even if that ability, as everyone knows, is sometimes overdone.

By the way, on that note for plenty of thoughts on the difference between Italian style fantasisti and Brazilian style choreographed dancing this article offers some interesting perspective.

It also seems like on the surface everything point towards Robinho actually having the physical capability to put in work defending his wing well. Why not him when just about every other good winger in the current game does it?
I'm sure they don't exactly love it all that much either but they're professionals paid to do a job for their team.

Naturally some are better at it than others which there are many examples of throughout this list, as well as often being important enough to be the deciding factor in who I think is the better overall player.

That Robinho at times (maybe even most of the time) for the well organized Dunga Brazil team did put in something resembling the required effort just makes it all the more frustrating when he doesn't and further suggest unprofessionalism on his part. Despite all the talent, to get much higher on this list, that's something that sooner rather than later will have to change.

Robinho has been a positive surprise I think this season.

He started out kind of struggling finding his feet and form at a new club.

Had trouble getting past, into the startling lineup, the man he had already ousted for the national team, Ronaldinho, and it wasn't really until coach Allegri finally had enough of Ronaldinho the team-killer and the same time switched to a 4-3-1-2 formation that Robinho became a permanent starter.

Playing alongside Ibrahimovic as a second type of striker, isn't even his best role, which at times will show, but he has responded really well and is working harder, with more teamwork, than I can remember at any point for his former clubs in Europe. When you finally add that to his pace and skill you have a very good player.

Maybe given his troublesome history it's on borrowed time or maybe he just saw that what had to set him apart from Ronaldinho, that what he had to do to beat him, was to show those exact qualities and then he duly delivered.

The big question is what will happen when Pato comes back and hopefully (finally) stays healthy.

He is definitely better than Robinho in the current system, or could Allegri go back to the 4-3-3 hybrid? Could it work better without Ronaldinho?

Then there is another very current issue of Milan possibly signing Cassano in January which opens up a whole new can worms. But yeah, more on that across the various profiles when/if it actually happens.
Indsendt af Stefan kl. 10.41