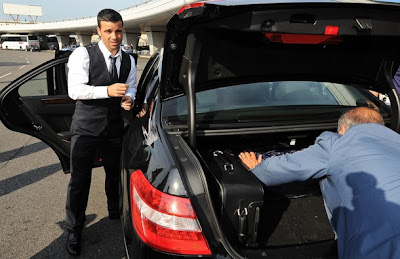 Came back brilliantly from serious knee ligament injury and had his best season ever at age 32.

Di Natale has always had pace, been good on the counter with good work rate but I never thought I'd see the technical brilliance he showed time and time again last season.

Not just scoring the 29 goals. Though clinical finishing certainly doesn't hurt here. But superb ability and intelligence shown in all actions consistently over a long season is very impressive. He didn't just seemingly never do wrong, he seemingly always did great!

Whether an exquisite first touch followed by a great run, pass or shot or even actual playmaking skills coming from him! Something which I did not at all suspect he was capable of, but sure enough Di Natale showed vision this season and was a high quality créateur in the final third where he could have easily finished with more than the 6 assists that he did.

It's possible this high ranking will look a little silly not long ago from now. Of course not long ago I would never have considered ranking Di Natale this high but as it is this list had great focus on the current, where Di Natale's (too good to be true almost) great play is just impossible to ignore.

Nothing to see here, Di Natale continues where he left of with several talismanic attacking displays for Udinese this season as well.
Indsendt af Stefan kl. 10.27