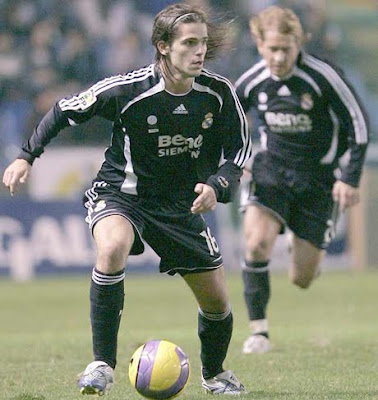 Gago seemingly has close to everything needed when it comes to being an excellent central midfielder.

In fact he could even be the closest thing we've seen (yet so far away) to the great Fernando Redondo which is an alluring illusion that at least Valdano at Real Madrid can be accused of having been fooled by.

So why does someone so talented always play so bad?

Now that is one of the great mysteries at Real Madrid. Almost as great a mystery as why he has suddenly replaced Las Diarra in Madrid's midfield? There are various rumors suggesting it's Diarra's own fault, but to Gago's credit at least now when given the chance again by Pelligrini, he is playing better than he has in a long time.
Not that finally being on an excellent team can't have something to do with it....

With injury problems Gago is yet to play under Mourinho and it remains to be seen if he is someone who'll be part of the plans at all.

You could sort of see him as Xabi Alonso's backup but maybe doing that you're guilty of Valdano's "crimes" above?

Unless he can improve defensively I'm not sure Mourinho will like him.

Could move in January already. Might very well be best for his career too.
Indsendt af Stefan kl. 04.00