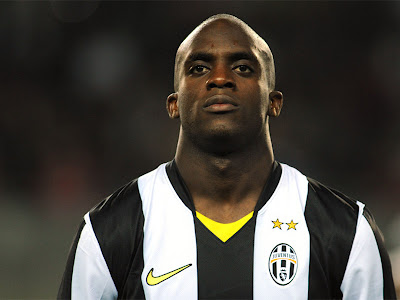 Sissoko might just be the most physical imposing midfielder in the world and on top of that was Juventus best player in the 2008/2009 season.

I really did want to rank him higher and more than most he has taken a nosedive down the rankings.

Partly due to continued bad luck with injuries that has seen him miss a lot of time and naturally partly as well due to spending too much time for me to ignore (albeit like everyone else) looking really bad on a team that's mighty struggling.

Mischaracterized and often misused when he is playing primarily as a defensive midfielder where it's really important to also have a sound passing game, which even with signs of improvement he just hasn't yet, Sissoko is much better as a two-way player going forward also part of his role, where his powerful running can benefit the team greatly.

Last season as part of Ranieri's solid mainly four man midfields there was a lot of that dynamic play taking place. This season however when not injured and part of mostly 3 man experiments gone wrong, sometimes even spending (wasting) time more wide where it isn't power that's integral but pace, it just hasn't been happening for Sissoko.

If playing him mainly as a holding midfielder limiting that running tactically and giving him the ball in costly places if you don't do decent things with it, just isn't getting the best out of him. Have Sissoko cover as much ground as possible so he can really put those incredible physical talents to use as many places as possible. That's what I would love to see.

In Serie A at times Sissoko is almost too strong a tackler for his own good and I'm guessing more than anyone else finds himself booked for perfect challenges where even all ball impact is just too great for a weak referee to control that irresistible urge to caution.
Indsendt af Stefan kl. 02.13