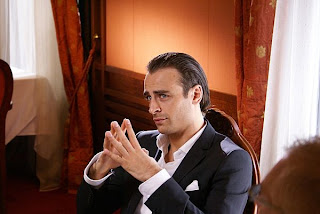 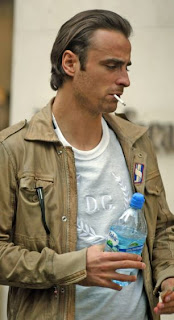 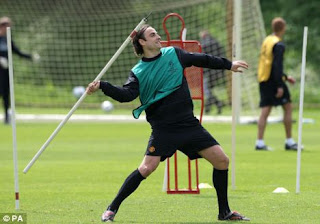 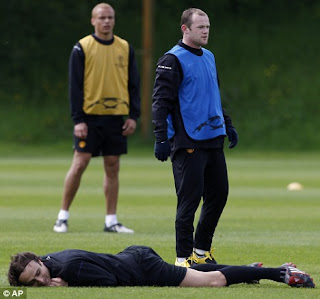 Much criticized Manchester United forward checks in at number 68 and I wouldn't be surprised if some will think that's way too good of a ranking while others that it's way too poor...

Of course I'm not convinced it's "way" one way or the other, but if anything I'm leaning towards this being too poor of a ranking, since certainly while he was at Tottenham I remember rating him very highly, and even though I try to avoid it, it's hard being left unaffected by constant negativity surrounding the abilities of a player.
Even when that player likely isn't much different from the one I thought more highly of when at a different club not even that long ago.

Being a Manchester United player of course is something else, with more intense pressure and focus on the player's performances. Especially as a striker and especially for one carrying around a heavy price tag.

That Berbatov then in most people's eyes gives away this lazy laid back impression while carrying himself around, I'm sure is not helping matters.

Overall when there is almost nothing positive said about a player ever, everything can't be good, surely?

Well I do see some positives of course or he would be ranked lower. For starters his reputation as lazy is probably blown out of proportion and could easily quite often be superficial criticism based on perceived slack appearance. Everyone can look lazy alongside Rooney anyway but unless I'm mistaken (when watching match stats that unfortunately I can't find online right now) Berbatov does actually put in a good amount of kilometers run on a regular basis.

He has excellent technique that he tries to rely on much more than strength and he is capable of great first touches and creative passes in the tightest of space. He simply has that rare flair for the creative.

What he isn't, is very dynamic. He is quite slow for a forward and even though his technical skills can be useful anywhere, they're only really a difference maker close to the goal because he doesn't have the pace when further away.

It should be hard for a striker to look bad playing alongside Rooney, but perhaps Berbatov really would prefer a role where it was okay for him to be more stationary always near the penalty area, and it being not just okay, but strongly recommended, for everyone else to then move in and around him.

Sometimes that will happen at United as well, but to realistically try and make up for the scoring threat lost with Cristiano Ronaldo's exit to Real Madrid, Rooney of course was made primarily a striker and his and everyone else's movement, now reflect that.

Including Berbatov's (but offering the least dynamic movement of everyone will shine a bad light on you) and while Rooney has tremendous flexibilty (a great strength) in his movement and work, thereby in theory also making room for Berbatov the striker, as well as the two of them close together creating, it is very demanding and asks for flexibility and dynamic two-way play from Berbatov as well, back (even if not all the way back - then certainly some midfield play) and forth, right and left.
Something plenty of the midfielders are able to do and not least Rooney himself leading by example, but maybe I wonder, if it hasn't proved a little bit too steep of a challenge for Berbatov to shine through on a consistent basis.

I just have a feeling he would like something more stationary. Less fluid with him the great Berba as the center piece and the attack evolving around him. But I'm also convinced that wouldn't be the better for the team...

He definitely has enough quality to do great things occasionally and despite my reservations about him (really) fitting in so far, I would be hard pressed to claim that he actually hurts the team, if he is indeed holding Rooney the striker back then that's a just a plain scary thought, instead I just think it's like he doesn't make it better (that's not exactly hurting the team right?) and everyone watching can sort of sense that, and certainly they have the hope that it could indeed be better, adding to their frustration.

That I think will take a different kind of excellent player though, playing around and behind Rooney.

Until that they'll just have to live with Berbatov consistently not making things any better but at least occasionally doing something great. 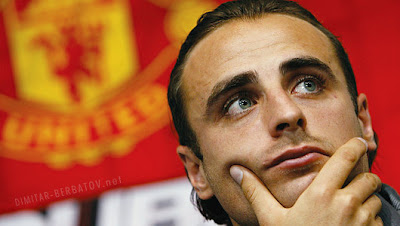