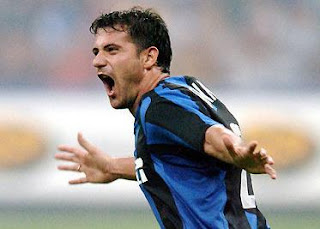 Deki for the last 10 years has been one of the better two-way players in the world.

From his early days as a skillful dynamic attacking midfielder, sometimes left-wing, transforming into a hard working aggressive allround midfielder ready to do anything to win, including of course putting the needed effort in defensively.

Up until recently when at his best I would say he spent quite a few years where he was kind of both at the same time making him extremely valuable, but for most of this season, hurting his ranking, I would say Stankovic has only been a little of both and sometimes not even enough to do the sufficient job, neither when going forward or when defending.

In both ends it has looked liked like the work rate hasn't quite been there resulting in less dynamic runs forward where his great shot is always a threat and when defending at times his pressure hasn't been good enough and other periods he's been caught out of position looking tired meaning less balance for the team.

Whether it's age catching up to him or rather what's recently been discussed in Italy, where Inter at the time of writing sensationally has been overtaken by Roma at the top of the standings, Mourinho failing to rotate the squad well enough, is a good question. Could of course easily be a combination of both.

Not the fastest, strongest or even most technical Stankovic strength have been good ability in all areas + the great work rate making him able to contribute game in and game out, box to box.

He can't afford to continue losing ability in any of those areas or he'll soon turn into a much lesser player. Perhaps starting less games can delay that and he'll continue to be a valuable, but not absolute key, player for quite a few years still.

In a titanic effort Inter came back from being overtaken by Roma, to not only win yet another Scudetto but the Champions League as well.

As far as Stankovic individually goes though, I think the picture remains the same. He is fading, with many more bad games thrown in than previously.

Inter under new coach Benitez has had a nightmare start to the 2010/11 season and Stankovic is currently injured.

If they want to maintain their top position in Italian as well as European football can they afford to still have someone like Stankovic as a key player?

Naturally with Sneijder on board, he isn't, and wasn't during the magic run, as important as before. He is still however their second best central midfielder after Cambiasso. The third best Thiago Motta likely injury plagued well into eternity.

They could definitely use an upgrade. Preferably someone younger.
Indsendt af Stefan kl. 02.17