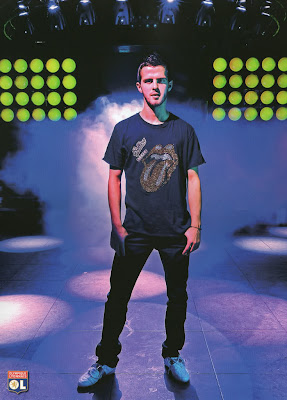 A player who will almost inevitably challenge for a much higher ranking sooner rather than later.

Apart from his already well known technical skills which combined with his acceleration is a good weapon, what's impressed me most when I've seen him this season is the maturity he displays. He is 20 with not much experience at the highest level at all, yet he often looks like a veteran. He makes good decisions showing clear signs of being a great reader of the game, and even his teamwork is impressive featuring good off the ball movement making him a passing option and when it's time to defend he does what can to take care of his position.

On set pieces his striking of the ball is extraordinary and he is a great threat whether it's direct shots or indirect deliveries, towards the goal.

How much of it has to do with Lyon's style and tactics is hard to say, it is also entirely possible that it's more in Europe than it is in France, but when it comes to passing I see Pjanic very often go for the direct stuff like quick one touch forward passes trying to set up combinations with an immediate aim to create or longer deliveries like crosses into the box making good use of his kicking technique.
He is not exactly warming the ball from what I've seen but I don't think what inevitable will be a bit hit or miss should be confused with lack of ideas or creativity. What he does with his passes often seems to be the most difficult (or ambitious) of options and that he has as much direct success with it (12 assists this season) is impressive and a very good sign for the future.

Desperate to regain what used to permanently belong to them, not so long ago, the French championship, Lyon has assembled quite the squad.

Before this season stars Yoann Gourcuff and Jimmy Briand joined to make competition even trickier, and especially with Gourcuff's arrival, it was always a possibility that Pjanic playing time would be under threat.

They've had games together of course but them and all the other good players competing for midfield (attacking and defensive) spots (Briand, Bastos, Pied, Delgado, Källström, Gonalons, Makoun, Toulalan and Ederson though injured) is like a neverending puzzle for coach Puel and who knows if he'll ever really solve it and have the team playing like champions.

Even with their best attacking weapon, player of the year, Lisandro Lopez back from injury, Puel also continues to place trust in eternity-talent Gomis who is still getting games, meaning one less attacking spot on the team for someone like Pjanic.

Pjanic should come into his own sooner rather than later, but for the time being, with more substitute work than actual starting, it means his ranking will suffer.
Indsendt af Stefan kl. 05.05