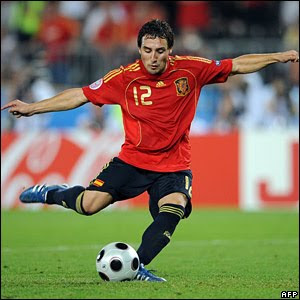 Cazorla had an excellent season for Malaga where he had been reunited with coach Pelligrini who of course used to be in charge of Cazorla's former team Villarreal.

A Villarreal team who really suffered in Cazorla's absence and that combined with some key injuries meant they surprisingly ended up getting relegated.

At Malaga things weren't quite business as usual for Cazorla and Pelligrini. In serious lack of strikers Pelligrini a lot of the time went away from his usual 4-2-2-2 , remember at Villarreal he had Guiseppe Rossi and Nilmar to play the roles very well, here he basically only had the talented Rondon, so it became more of a 4-2-3-1 instead with up and coming superstar Isco who was quickly becoming way too good to hold back and the resurgent veteran Joaquin joining Cazorla in creating some quality fluid attacking football behind and around the lone striker.
Then when Pelligrini did insert another forward into the equation, mostly the very up and down Seba Fernandez, Cazorla even joined Toulalan or sometimes Duda in deeper midfield roles, not least getting a chance to showcase his fantastic range and array of passing. All this illustrating nicely I think, how Cazorla had a season where he provided quality just about everywhere. Either wing moving inside with his usual wizardry style, other times as a real number 10 type of creative playmaker and this season even showing real skill as a deeper lying playmaker in deeper midfield roles. What a player!

Of course as everyone knows, Malaga supposedly rich, having invested in a lot of quality, not least Cazorla and Isco, suddenly found themselves in financial chaos, their sugar-daddy sheik turning out to be unreliable, and one consequence was Cazorla getting sold to Arsenal.

Cazorla is so skilled with both feet that even teammates have commented that they're really not sure which foot is his strongest! Well it's his right-foot that he uses for his quality set-pieces, but naturally being capable of so many things with both, from passing, ranged to silky one touch to turning/dribbling either direction, it's a huge positive in making him such a fine operator, one difficult to cope with, in small-spaces in the opponent half.

Apart from the fantastic control in passing and overall kicking technique, he has great football instincts as well. There will be the odd mistake because of it when he will try very difficult things that just feels natural for his highly elevated style of play, but no doubt that this is a player that see openings and solutions unavailable to most and who has the brilliant touches and passing to take advantage.

Cazorla's weakness would be his physical capabilities.  There are strong small players but Cazorla isn't one of them and even in one-on-one situations if it becomes a duel of strength or pace (over more meters) rather than technique and quickness (in mind and with ball at feet) he will lose out maybe a little bit too often and arguably would be better off seeking some of the many other options in his impressive arsenal.

It will be interesting how his rather unique game translates to England. Arguably Cazorla has been even better in Spain than Mata and even Silva were. Both of those became even more effective in England partly due to an advantageous small, quick and skilled over big, slow and limited matchup that just can't be ignored, and even though Cazorla in many ways is just different (at what level compared to a Spanish environment will he be able to contribute defensively being a key question?), you have to think he will establish himself, like those did, as one of the best players in the league.

Oh yeah, Cazorla is back with a vengeance and rather uniquely somehow combine wing play, attacking midfielder and deeper lying playmaker into one very fine player for a Villarreal team that's really benefiting from not least Rossi and Cazorla very fresh from missing out on the World Cup.

For more on Villarreal check the other profiles on their players on the list.

At his best Cazorla is a true technical wizard capable of almost anything with a football.

Unfortunately for much of the last year he has has struggled finding form and good health coming back from serious injury, he only started 16 La Liga games hurting his ranking, and despite signs of finally being back to his best, towards the end this season, it has resulted in him not being called up for the Spain Word Cup squad where he'd actually been a regular the last couple of years.

With a summer's rest then, definitely look for Cazorla to have a strong rebound season next time around with plenty of trademark dazzling moves, quickness and creativity.
Indsendt af Stefan kl. 05.07