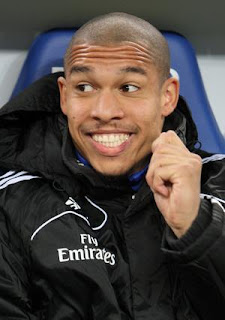 A pure defensive midfielder who doesn't offer much at all in attack.

I've noticed I've used the term two-way player quite a lot when describing various midfielders, well here finally is someone I can call a one-way player!

De Jong has one of the best work rates of everyone and his athleticism gives him good ball winning ability.

Importantly his short passing game is secure and he has good tactical movement consistently defending his position throughout a game.

He'll be a key player in Roberto Mancini's likely project of installing better defensive discipline or balance into what's mostly been a wild Manchester City side and also at the World Cup for Holland De Jong's defensive contributions will be vital playing behind plenty of attacking talent.

De Jong is still the same, maybe I'm even under valuing his consistency, but has of course since the original writeup through some high profile instances won himself quite the reputation of a dirty player.

Fellow countryman Van Bommel is still dirtier I would say. With a lot more to his repertoire than brutal tackles.
Indsendt af Stefan kl. 00.04