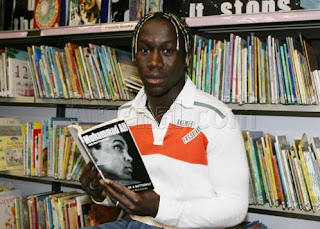 Sagna rivals any fullback on this list defensively where he is as good as it gets.

He is both fast and strong enough + a good enough tackler to make him very hard to beat one on one and he also consistently helps out the central defenders. For an attacking team like Arsenal his defensive contributions (yes he is another one of those defenders who I would say has a great range of command) are invaluable.

It's when we start talking about going forward that we get to what's stopping him from climbing a lot higher. On the one hand his fantastic stamina makes sure that he is always there as a passing option on the right and I think that he has a decent, perhaps improved, cross too. But unlike a lot of fullbacks on this list he doesn't really become a weapon offensively. Like get into positions where his crosses could become really dangerous or make piercing runs into the penalty area.

Of course it could just be if that were to happen, Arsenal would be left with only 2 or 3 people defending and with plenty of attacking talent coming from other places, what they need most of all is an excellent defender, and in Sagna they certainly got that.

In some games though with fullbacks generally becoming such an important part of the attacking game they really could use more of an attacking contribution from out there as well.

Especially if a lot of the attacking players have their main strengths central, and I do think that's why (and I know resting plays in as well) we've seen someone very attack minded like Eboue recently (at the time of writing) get starts at right-back against certain park-the-bus type of opponents.

I think I underrated Sagna's attacking contributions at least some. No he is not like the top Brazilian fullback stars in what they can do in the final third, but game in and game out with great consistency contributing with the means he's got, do count for more than what I gave him credit for and Sagna will definitely be moving up the list.

I also cringe when I see Eboue's name in the original writeup who is one of my least favorite players and someone I believe who has almost become (or always has been) an obstacle to winning whenever he plays.
Indsendt af Stefan kl. 22.57