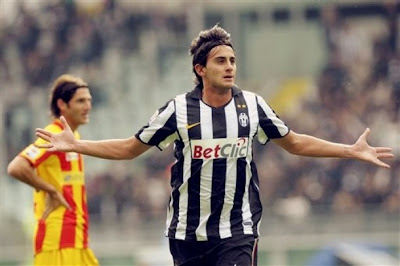 Injury problems throughout his career and barely having played yet this season is what keeps him this low.

But he has more than enough ability I feel to still make the list.

Aquilani is a very complete midfielder who while not as good defensively as defensive midfielders per se still is quite good and certainly better than most of the midfielders categorized, like he himself usually is, as attacking.
He is just disciplined when it comes to that part of the game and without being a strong tackler or anything does a good job of defending his zone.

I think for Liverpool, health permitting and possibly Rafa Benitez staying permitting, that there is a good chance, like his predecessor Xabi Alonso did and like other players under Benitez have, that he will make great improvements physically and then we could see a really strong two-way player deserving of a far far higher ranking. But again, health permitting!

As okay as he is when it comes to the defensive part of the game, he is still way behind in those areas if you again compare him to someone like Alonso. But there are some other things he does on a similar level and some things he does even better.

First of all he is a good passer. In the short passing game he is generally secure and makes good decisions and he is able to execute deeper more direct passes as well.

Where he is definitely better than someone like Alonso though is in the final third playing in tighter space.
He can make quality runs in and around the penalty area both with and without the ball and has some play making ability there too. Unlike some of the previously ranked players who to some extent are restricted to only being able to do this further back in midfield.
He is of course also well known for having a good shoot from the outside.

I think all in all this reads like a player with enough quality to pass many players yet to come. But again and again bad health really hurts him. Hopefully it will less in the future. Both Liverpool and the Italian national team could of course really use him.

There were glimpses of good things at Liverpool but in the end he saw only limited action.

Currently on loan at Juventus he has shown (more than glimpses) many of the things described in the original writeup.

Most impressive I think has been his range of passing. He can really spray the ball and at Juventus, often located in deeper midfield positions than at Roma or Liverpool, you really get to see it.

He is desperate to stay at Juventus, every other week there seems to be a press statement saying so, but the price to buy is a rather steep one, and even with as good as he has been, the question still beckons if this is the right player for Juventus to build from in the future?

As always with Aquilani, it's his health that will be the decider.
Indsendt af Stefan kl. 22.33